Sometimes You Need a Jellyfish was inspired by Christopher Routly’s oldest son, Tucker, when the latter was only a few years old. One day, while father and son drew pictures together, Tucker requested that Chris draw a jellyfish. “Why a jellyfish?” Chris asked.

“Because,” Tucker replied, “Sometimes you need a jellyfish!”

And now, years later, the culmination of their work — together trying to determine just when those situations were, where a jellyfish might be handy — has led to a real live book! Thanks to the many, many friends and family and even strangers who supported Chris’ Kickstarter campaign, financing was raised for the printing of this high-quality hardcover picture book that you and your kids are going to love.

So… what’s it about?

Sometimes You Need a Jellyfish follows two adorable brothers — who happen to be tigers — who explore the same question that Chris asked Tucker. While packing for a trip to their grandparent’s house, Perry notices his little brother Parker has stowed a friendly very looking jellyfish into his bag. Why? Well, you’ll have to read to find out.

Check out a preview of the first few pages here!

Or get the book now here! 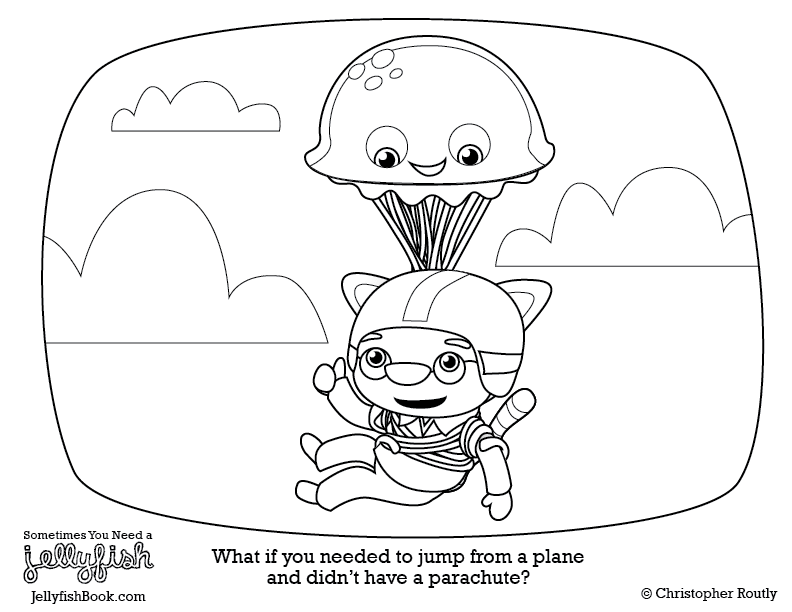